Here you can edit the background of the section 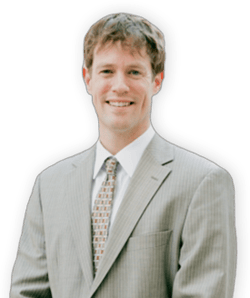 Appeals and trial-level proceedings are completely different.  There are different rules—either the Florida Rules of Appellate Procedure or the Federal Rules of Appellate procedure apply to all appeals. The audience is different—most appeals in state and federal appellate courts are decided by three judge panels, not juries or individual judges.  And the ultimate goal for the appellate advocate (persuading through clear writing and sound legal argument) is a far cry from the goal of a trial lawyer (using direct and cross-examination to elicit testimony from witnesses that appeals to the jury’s sense of fairness and justice).   As a result, if your case is on appeal, you need an attorney who understands the appeals process intimately and has a track record of achieving success for his clients.

Michael Brownlee is that attorney.  He is board-certified as an appellate specialist by the Florida Bar, and he has the knowledge and experience to guide you through the appellate process. Here is a little bit more about appellate attorney Michael Brownlee.

Dedicated to the Appeals Process

Michael Brownlee found his enthusiasm for appeals in law school. During the summer of his second year in law school, he interned at The Public Interest Law Center at Florida State’s College of Law. While there, he handled an appeal which sparked a passion for this particular branch of law.  He also clerked for Judge Edwin Browning at the First District Court of Appeal during law school as part of an externship program.  Michael went on to earn his J.D. from Florida State University, graduating cum laude in 2009. Based on his performance in law school, Mr. Brownlee was inducted into the Order of the Coif.

After graduating from law school, he joined Fisher Rushmer, P.A., an award-winning Florida law firm, and assisted with appellate cases. He then spent three years with a boutique law firm that focused entirely on appellate litigation before returning to Fisher Rushmer in an of-counsel role to handle the firm’s appeals.  In 2017, Michael started The Brownlee Law Firm.

During his career as an appeal lawyer, Michael Brownlee has performed oral arguments in multiple appellate courts, including the Fifth Circuit in New Orleans, the Eleventh Circuit in Atlanta, the Sixth Circuit in Cincinnati, and the First Circuit in Boston. He has also appeared before the Third, Fourth, Eight, and Ninth Circuits, the Federal Circuit, and the United States Supreme Court.  Michael won a case before the Florida Supreme Court in 2016, and has won other appeals throughout Florida’s district courts of appeal.

Michael Brownlee is currently admitted to all courts of appeal in Florida and all but two of the federal courts of appeal, making him uniquely qualified to handle your case no matter your geographic location.

This particular distinction is one that only 7 percent of attorneys in Florida can claim in any practice area, and in appeals it is even more rare.

Gaining Florida Board Certified Specialist in Appellate Practice status means that Attorney Michael Brownlee has proven his extensive knowledge of the appeals process through a rigorous testing process.

Presenter – “Advanced Writing: Do’s, Don’ts, and Maybe’s,” Advanced Legal Drafting: How to Get the “Write” Result and Best Position Your Client to be the Appellee, The Florida Bar CLE (February 19, 2015) (co-presented with The Honorable James Edwards of Florida’s Fifth District Court of Appeal)

Your appeal is likely your last chance to preserve a hard-fought victory, or to snatch victory from the jaws of defeat.
Request A FREE Consultation!